I’ve been working on a team that has been attempting to port our own pretrained Keras models to the Loihi platform. We have set up automated ways of being able to allocate both block_shapes as well as control axonal overflows. However, during the call to implement the network on-chip, we continuously are receiving errors regarding the network requiring more chips than what was requested.

In the NXSDK documentation it is stated that a command such as:

should result in pulling a specific board. The nahuku32 should be more than big enough to fit the model we are trying to port. Is the command potentially not working how I think it is? I seem to be unable to upload more than screenshot of my issue due to being a new user, so instead of including screenshots of the full error + the code that results in the error I have opted to only include the majority of the error message. 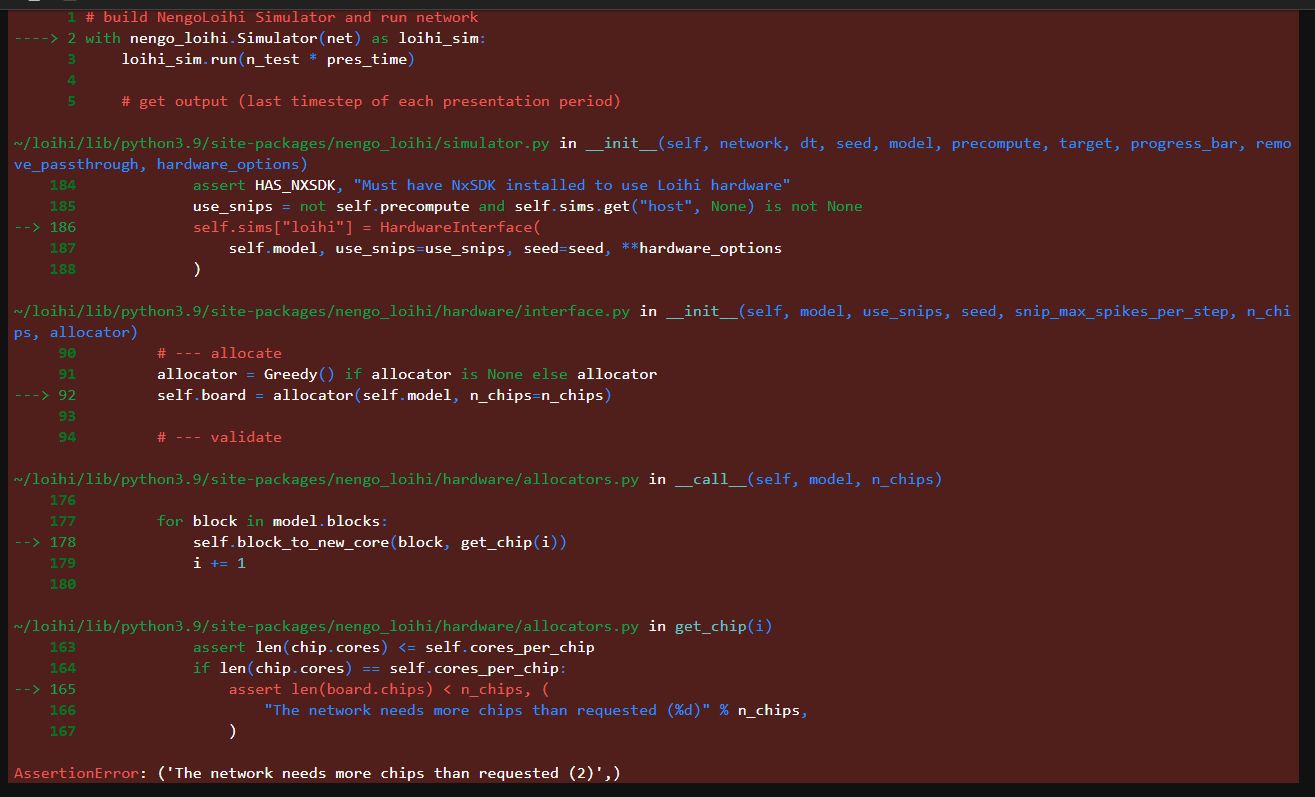 I believe that NengoLoihi doesn’t automatically pick up how many chips the board has available to it. Rather, you need to set this option using the hardware_options parameter when creating the nengo_loihi.Simulator object (see here for an example).

If the hardware_options parameters are not provided, the number of chips defaults to 2.