I was inspired by the amygdala models used in Terry Stewart’s model and the AmyRobot (linked below). Both examples utilize single value inputs collected into an array. The amygdala contains a lateral, small basal ganglia, and central sections. The transformations and functions performed with these models work well with data types. I want to create something similar, but I’d like to use semantic pointer elements to work with vocabularies instead of numbers.

If I use the existing framework as a model, I’m finding it hard to use SPA elements to produce similar effects. Has anyone attempted something similar to this before or can anyone recommend any guidance here? 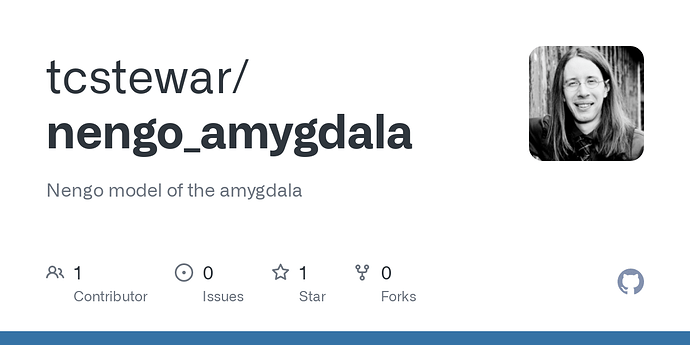 Nengo model of the amygdala. Contribute to tcstewar/nengo_amygdala development by creating an account on GitHub. 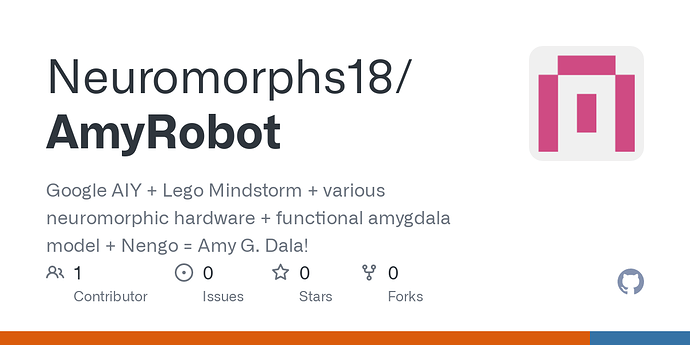